Ptable – Introduction to the Periodic Table

Ptable – Periodic table is the most powerful tool chemists have for organizing chemical information. Without it, chemistry would be a chaotic, confusing jumble of seemingly random observations. What makes the Periodic table really invaluable is its use as a predictive tool.

You can predict a lot about the chemical behaviour of an element if you know where it is on the Ptable. Each element represents one square on the Periodic table, with a one or two-letter chemical symbol.

Above the chemical symbol is the atomic number of the element, and below the symbol are the full name of the element and its atomic mass.

Most elements are metals, and you can find them on the left and in the middle of the Ptable.

Metallic elements are typically shiny and are good conductors of heat and electricity.

Non-metals are found on the upper right of the Ptable (except for Hydrogen there on the left, it’s also a nonmetal).

Nonmetals generally are NOT shiny and are NOT good conductors of heat or electricity.

The dividing line between metals and nonmetals on the periodic table drawn as a thick staircase.

The elements that are found on either side of that staircase are often called METALLOIDS, and they have properties that fall between metals and nonmetals.

Notice that the atoms are listed in order of increasing atomic number, as you read the periodic table from left to right, top to bottom. Each element has a unique atomic number- that’s the number of protons in the nucleus of the atom.

So why elements are organized into rows and columns? Why don’t we just put the elements in a long list? It turns out if you arrange elements by atomic number, a pattern emerges.

There is a periodicity, or a repeating, of certain characteristics. For example, every so often, an inert gas appears. Right next to it will be an element that reacts violently with water. This periodic repetition is known as PERIODIC LAW.

This is the basis for organizing the elements in the Ptable into columns. A vertical column of elements is called a GROUP or a FAMILY. The elements in a group have similar chemical properties.

We now know that’s because they have similar valence electron configurations. There are 7 horizontal rows in the periodic table. These rows are called PERIODS.

Each row corresponds to a different energy level occupied by electrons. The two groups on the left are the Alkali metals and the Alkali earth metals. The sorbitals in the outermost shell of the atom are being filled in these groups.

On the right is a block of 6 columns. These elements have the outermost p orbitals being fill. Notice on the far right are the Noble gases, which all have a filled valence shell of electrons.

In the middle is a block of 10 columns, the transition metals. In these elements, the outermost d orbitals are being filled.

The Asterisks take you to the bottom of the Ptable, where there are two rows of 14 columns, the inner transition metals – also known as the Lanthanides and Actinides. These elements have the outermost f orbitals being filled.

The groups in the Ptable have been numbered in a variety of ways over the years. Depending on which Ptable you look at, it may have 1, 2, or even 3 different systems for numbering the groups.

You may see the groups labelled with Roman numerals and As and Bs – this system was popular in North America and Europe.

Unfortunately, the designations were somewhat arbitrary – in North America, the A groups were the s and p blocks, known as the “Representative Elements,” and the B groups were the d block, the “TransitionMetals”.

How To Memorize The Ptable-Periodic Table

When a memory expert memorizes playing cards or the first thousand decimals of pi, they use mental imagery techniques. In this article, we are going to memorize the first 10 elements of the Ptable by doing what the experts do.

I’ll tell you exactly what to picture in your mind, and I’ll even draw it for you too. Focus on seeing each picture in your head, and you’ll wonder how easily you can recall everything. Let’s get into it.

We’ll begin by picturing a typical poster or chart of the Ptable. There are many small, colourful squares, each with a name, number and symbol of an element, and together they create a large irregular shape. This picture will act as an anchor in your memory, holding down the chain of pictures which link collectively all the elements.

Now we’ll take that colourful poster and attach it to the first element. Picture that poster of the Ptable and imagine it’s a wrap-around a water hydrant.

Why a water hydrant? The 1st element in the Ptable is Hydrogen. Hydrogen sounds similar to the hydrant and that’s how you’ll remind of it.

Picture a water hydrant you see on the sidewalk. It’s short, stubby, red, and looks strong. The hydrant is like a little man with a small hat on top and stubby arms sticking out the side.

Because hydrant sounds much like hydrogen, you’ll know the first element from the table is Hydrogen.

The 2nd element is Helium. If you’re like me, if you consider Helium, you routinely consider a Helium balloon. When you let it go, it’s the type that floats up into the sky.

Together they slowly float up into the air and away into the sky. Now, if you visualize the helium balloon floating upwards, you’ll know the 2nd element is Helium.

The third element is Lithium. Lithium sounds a bit like “lithp”. People which have a lisp – a sort of speech obstacle – aren’t able to pronounce“lisp” and say “lithp”.

Let’s fake the big helium balloon has a lisp. It additionally has a small hole in it, inflicting the balloon to slowly deflate.

Usually, a balloon with a hole in it’s going to make a sluggish “ssss” sound, however as a result of this balloon has a lisp or “lithp”, it makes a “thhh” sound. Visualize the giant balloon slowly deflating making a “thhh” sound.

When you think of the balloon’s “lithp”, you’ll remind of the 3rd element, Lithium.

The 4th element is Beryllium. If you say Beryllium slowly, it appears like “bee really yum”. Picture your slowly deflating balloon.

Imagine an enormous bumblebee lands on the balloon. The bee is the size of a football and has bright yellow and black stripes and buzzes loudly.

The bee licks the balloon to have a bite and says, “that’s really yum!”It really likes the taste of the balloon.

When you picture the bee licking the balloon, you’ll think, “bee really yum”, and reminds of the 4th element of Ptable, Beryllium.

The 5th element is Boron. We can break up the word Boron into “bore” and “on”.The word “bore” can imply to drill a hole. Picture now the bee, after tasting the balloon.

It makes use of its stinger, pierces the balloon and begins to spin round in a drilling movement. The bee has landed on the balloon, tasted it, and now it’s began to “bore on” the balloon.

When you picture the bee begins to bore on the balloon, you’ll remember the 5th element, Boron.

Alright, that’s the first 5 elements of the Ptable. I’m sure you can easily remember them, but quickly revise your memory story now by replaying it and “watching” it in your mind. Picture a poster of the periodic table.

The 6th element is Carbon, which sounds like a “car bomb”.This is going to be an interesting one.

After the balloon has been drilled or “bored on” by the bee, imagine the balloon explodes.

Because the balloon is holding up the hydrant, the hydrant plummets out of the sky and lands on an army jeep.

Visualize in your head what this would look like. As the hydrant is kind of heavy and it has fallen from an awesome height, it makes an enormous “bang” because it smashes into the jeep.

Bits of damaged jeep go flying all over the place and it shocks everybody strolling by. People cry, “Oh my god, it’s a car bomb!”

When you think about the shattered jeep in your thoughts, you’ll suppose “car bomb” and relate that again to the sixth element, Carbon.

The 7th element on the Ptable is Nitrogen. If we are saying Nitrogen slowly and break it up, we get “night row gen”.

In this instance, we’ll say “gen” is brief for common, like a military common. Now, the overall is the owner of the military jeep simply crushed by the plummeting hydrant.

Fortunately, the jeep was empty on the time as a result of the overall who owns it was out night time rowing. He enjoys a little bit of exercise on the river, often within the night times.

Now visualize him rowing his rowboat at night. Since he’s well known for night rowing, the rest of the army calls him the “night row gen”.

When you imagine the “night row gen”, you’ll obviously remind of the 7th element, Nitrogen.

Oxygen is the 8th element on the Ptable. For Oxygen, picture an oxygen mask, same as the type that falls out of the ceiling foran airplane emergency.

Now imagine the night row general, Nitrogen, finishing his rowing session. It was a particularly intense and exhausting session and he can barely stand up.

He’s completely exhausted and crawls out of his rowboat and back on to land.

He needs to use an oxygen mask to get extra oxygen and air into his lungs to help him recover.

When you picture the “night row gen” gasping and sucking from that oxygen mask, you’ll remind of the 8th element, Oxygen.

The 9th element is Fluorine. Fluorine sounds similar to fluorides, like fluoride toothpaste or the fluoride gel dentists put on your teeth.

The gel helps strengthen your teeth and it has an interesting taste and a weird texture as well, because it’s like a paste that gets smeared onto your teeth.

Imagine now the oxygen mask the general has been sucking oxygen from is now actually filled with fluoride gel.

Picture him sucking in oxygen and then suddenly getting a mouthful of fluoride gel. All of his teeth coated with it and he starts to spit it out.

When you imagine him getting that mouthful of fluoride, you’ll remind of the 9th element, Fluorine.

The 10th element is Neon. Neon is the chemical that goes into neon signs. Neon signs are the incredibly bright and colourful signs you see lit up at night.

Imagine what Las Vegas looks like with all of those neon casino signs, blinking on and off, flashing with really bright and colourful images.

Now imagine once the general spits the fluoride out of his mouth, it’s made his teeth glow like neon.

Picture him speaking, and you can see his teeth are all glowing brightly with different colours – blue and yellow and green and pink.

When you visualize that, you’ll reminds of Neon, the 10th element.

PubChem is an open chemistry database on the National Institutes of Health (NIH).

Government agencies, chemical vendors, journal publishers, and others are contribute by PubChem records.

The homepage supplies the potential to seek for compound summaries, substance and bioassay information, patent views, and more.

PubChem content organized as: Substances where each record from each data source is assigned a unique Substance Identifier (SID).

Compounds If, and only if, one or more Substance records contain structures that can be standardized to the same chemical structure, a single Compound record (CID) automatically generated.

Each experiment from each data source are assign by a unique BioAssay Identifier (AID). BioAssay (AID) records include researcher-defined active/inactive determinations of bioactivity with an explanation.

Results of BioAssays provide links to PubChem Substance database records for molecules. If the test substance has a known structure, it will be displayed. 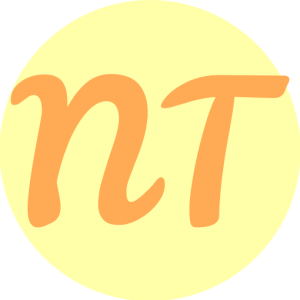 The Ultimate Guide to AMCAT Exam – Tips and Tricks